So if you have ever had a small boat with a cabin, you know how the cabin quickly becomes a dumping ground. Stuff ends up in piles, pushed around while you’re trying to find things. adding shelving or compartments detracts from the versatility of the space, and stuff all over makes finding things hard and makes laying down in your berth a hassle.

Here’s my latest idea for keeping things where I put them. 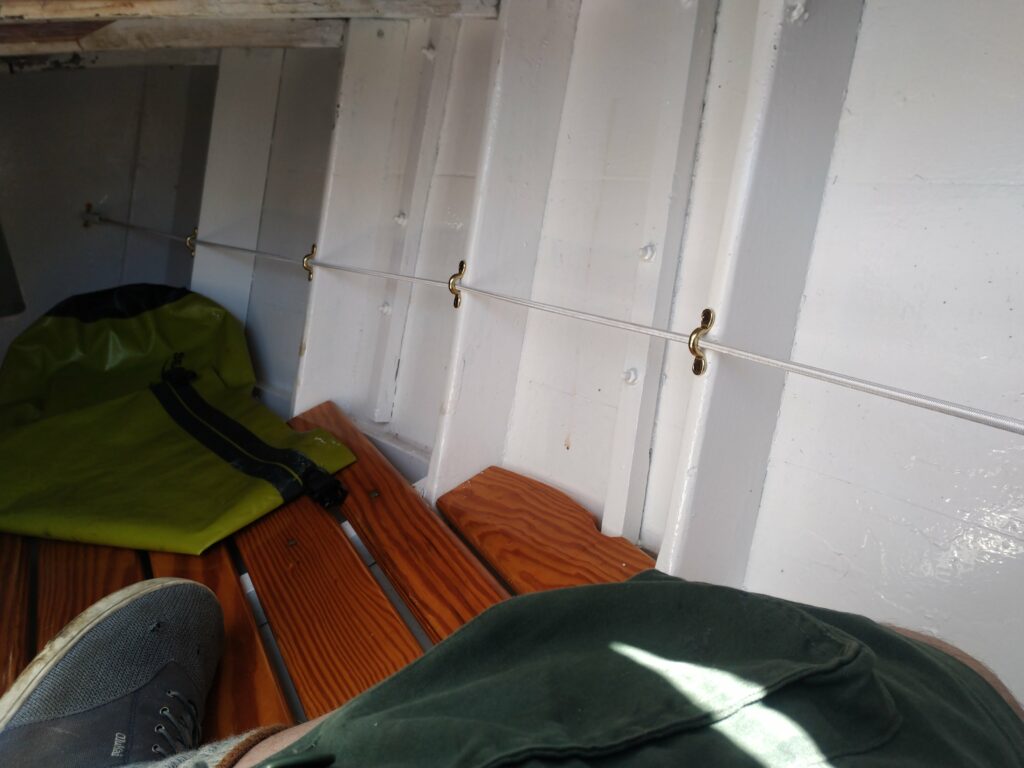 A row of padeyes are attached, one on the edge of each frame. a bungee cord is strung between them, with hooks on each end, and pre-tensioned to pull things tight to the hull.  These run down each side of the cabin, and then make a 90 at the aft bulkhead before ending at the centerboard trunk. 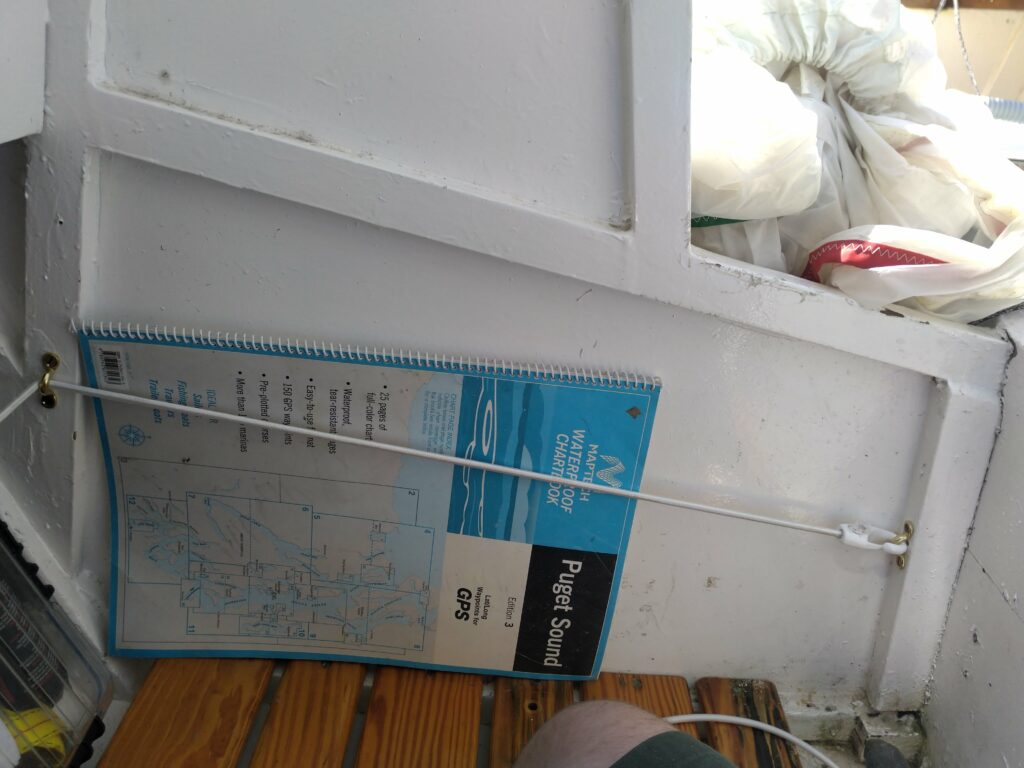 I got these in last week, and I think I may be on to something.

Here I have the waterproof box that holds my registration, flares, clamp on running lights, and tools held snugly in place, and my puget sound chart book held to the bulkhead, ready for me to reach in and grab it.

On the other side, I have the bucket with extra dock lines and my anchor setup in a bucket held out of the berth area and in between frames, while the companionway boards are held to the bulkhead. 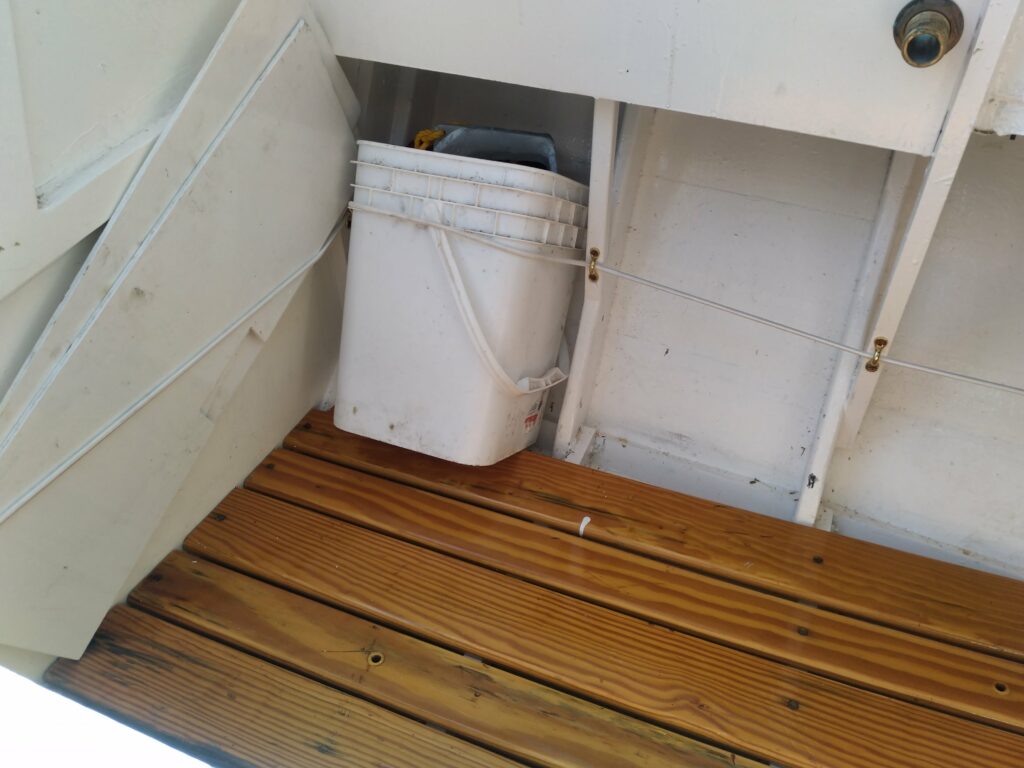 I don’t have a picture of it, but the sail bag with my asymmetric is held in these bays by the bungee, as well.

I also added a set out in the cockpit, so i can lanyard my VHF and other cockpit gear in, as well as stuff a jacket behind them or really anything else I want to secure. 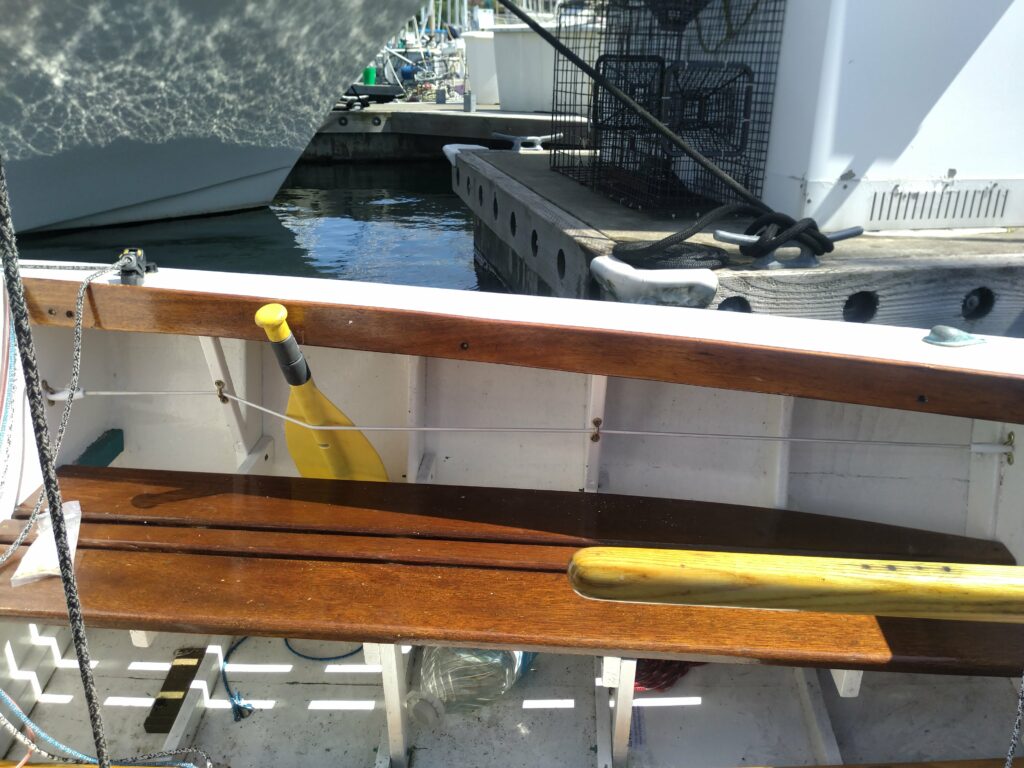 I really like how this turned out. The cabin just feels much larger now that things are properly stowed.

Let me know what you think!