Progress is happening. lately, I’ve been measuring progress by how many pieces of wood I manage to get installed in a day. I’ve had a few solid five piece days, so I’m feeling pretty good about it.

Since I last wrote, I managed to get all of the pieces put in that the new fore and aft water tight bulkheads  will tie into. Because of the way the boat is put together, I needed to put these in to get a flat plane to tie the bulkhead into.  You can see the forward ones in this shot under the fore deck. You can also see the new pieces that tie the deck together more solidly than it had been. The deck has a seam running down the middle, and it’s just a but joint. previously, this had been backed up in the middle of the spaces between the a few 4″ x 3″ pieces with six screws in each block. The deck had been soft, and wasn’t strong enough to be part of a flotation compartment. 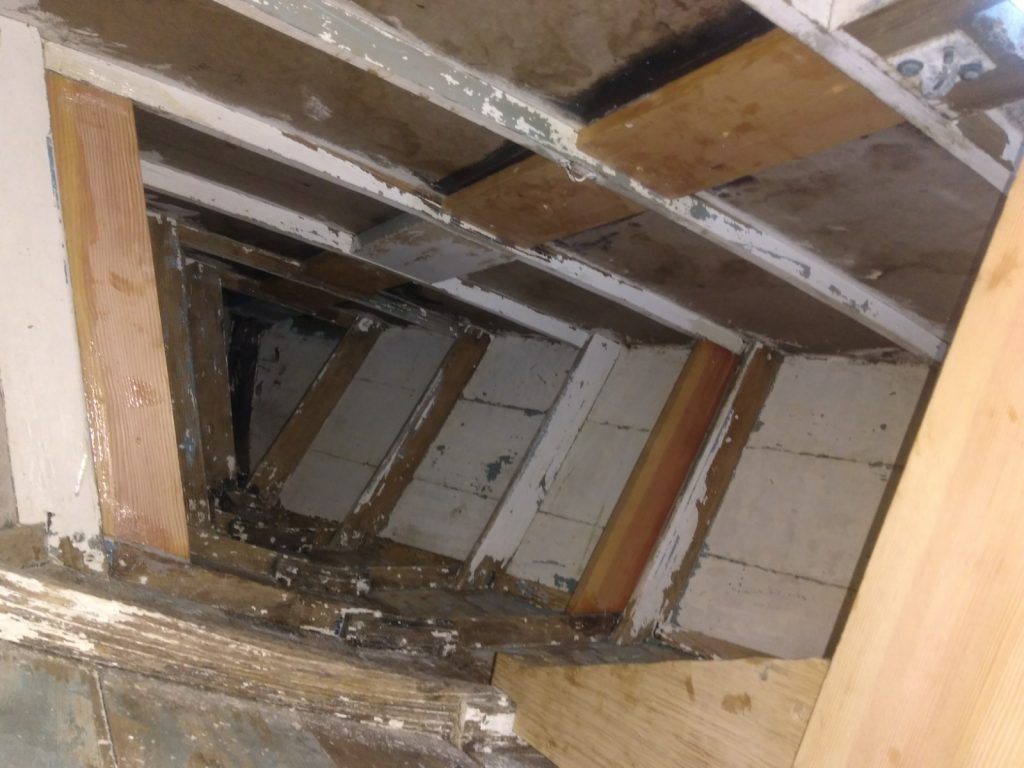 Here’s a shot of the aft two deck tie-together pieces. You can also see the backup structure for the future outboard mount in the background, and the deck reinforcement for the mooring cleat. previously, this boat had random small bocks of wood under the deck hardware, but I’ve decided that I want the cleat backups to tie into the deck beams on either side of them. 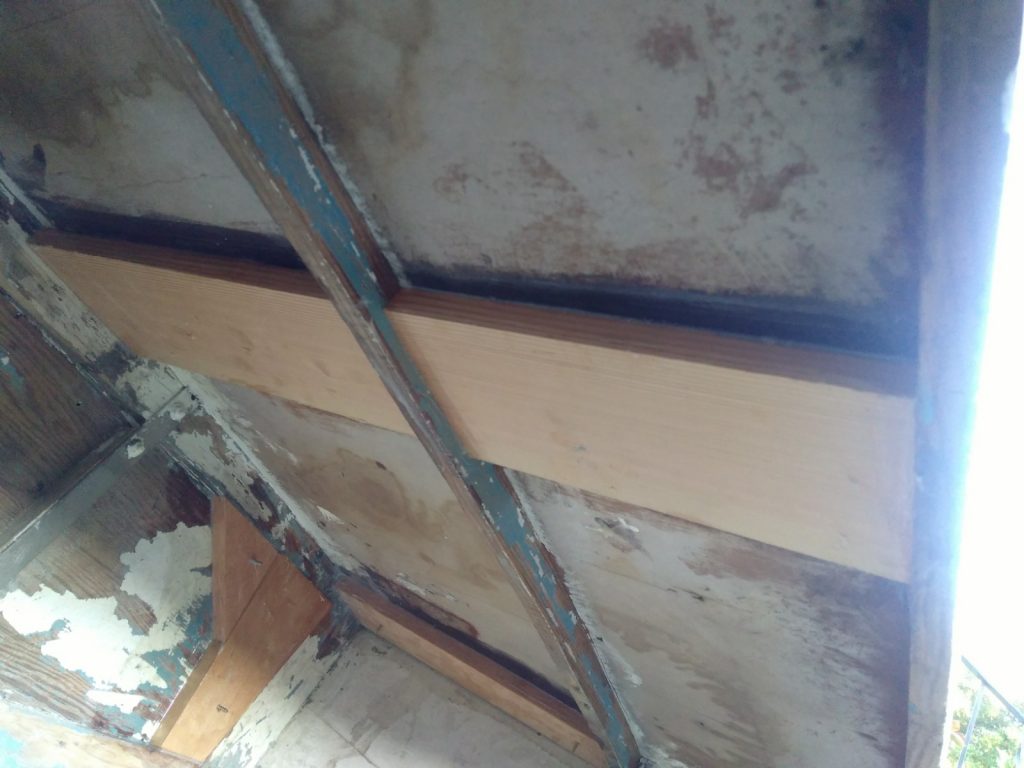 Here’s the other side’s cleat backup, and the structure I’ve built in for the sculling post. 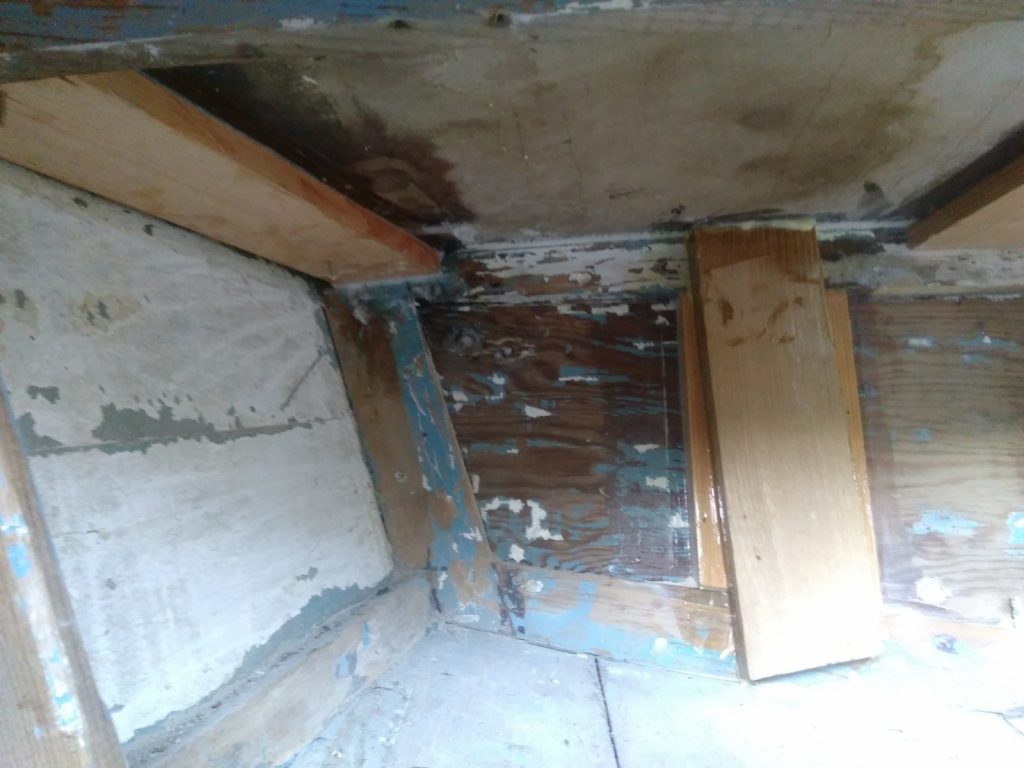 I accidentally installed this backwards, but it’s cool. The height and angle were set by eye from the top, but it just will have to look weird inside what will become the aft storage / flotation compartment. 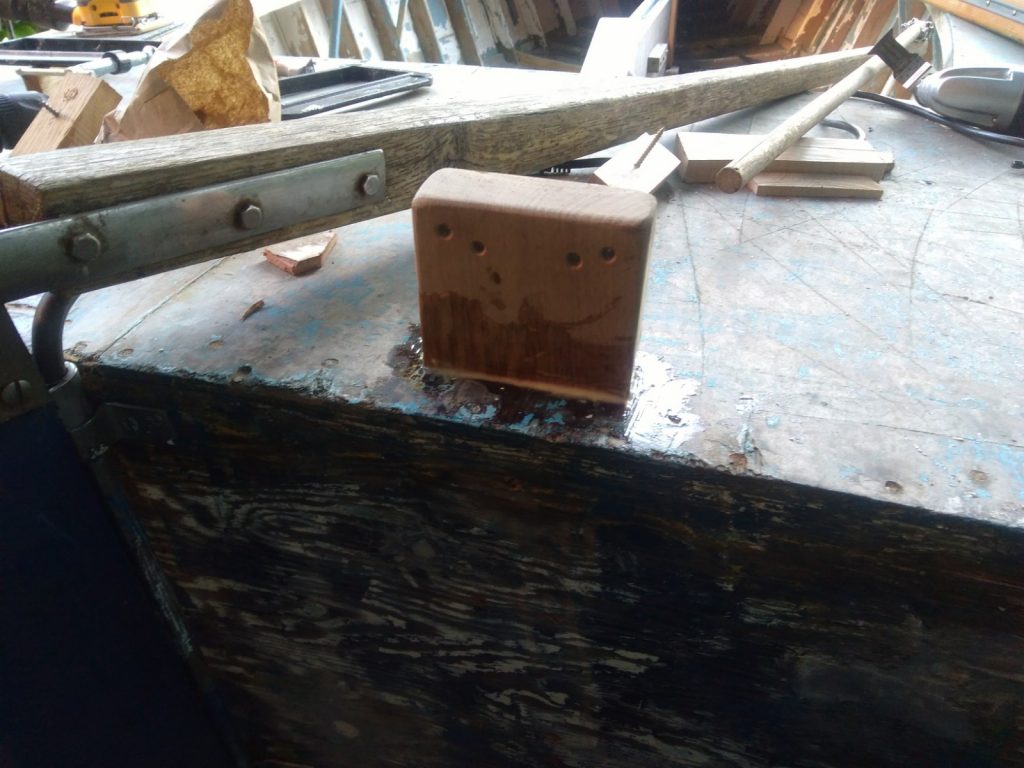 The plan is to have an oarlock mount thru-bolted to this. in addition, it will serve as a good post to facilitate rigging a backup rudder if the ruder breaks.  I needed it to be strong and not split. I decided to use a remnant of the 5/4 thick rift sawn white oak I had gotten for the rib replacement. This will be solid, but raises another problem. Oak does not bond well with regular epoxy. I had to pick up some West System G/Flex epoxy. This stuff is a little different. it’s a 1:1 mix ratio, and when it hardens, it is still a little flexible. Between the epoxy and the five silicon bronze #10 screws i think it should be tied in solid enough to the boat to support propulsion.

The new structure backing up the deck seams have really stiffened up the deck. when i get the bulkheads in, it should be rock solid.

Next step is to finish the mast step / centerboard trunk / deck tie in structure, and adding the water tight bulkheads. I already started templating the aft bulkhead and have made most of the parts for the trunk structure. hopefully I make another leap forward tomorrow on the 4th of July.