We’ve had a MUTINY! 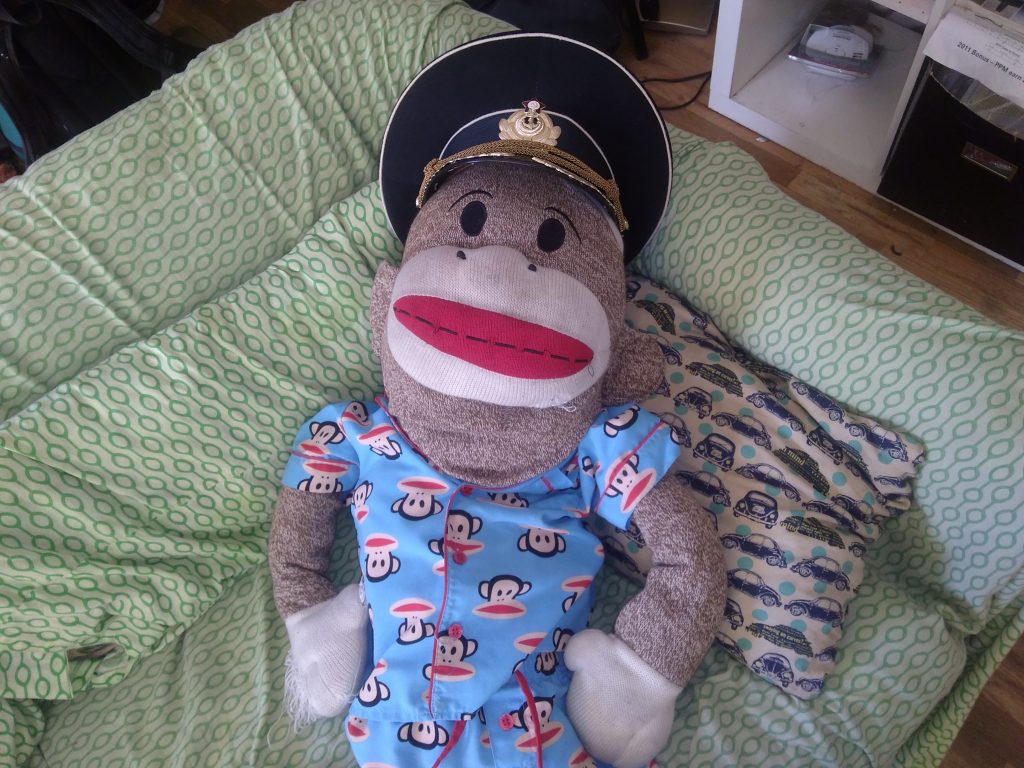 George had been grumbling that he hadn’t been getting his due. I had thought I had appeased him with some banana nut bread flavored Cliff bars, but here I am, tied up in the hold. He’s running around on deck, swinging my R2AK Pocketknife around like it’s a sword, trying to find a good plank for me to walk.

I’ve heard his demands, and in the interest of my own safety, I’ve decided to capitulate.

First, he’s demanding I change the name of the sailing team. So, Team Hodge is no more.

Because after you make all your wishes on that cursed monkey’s paw, you’re left with a fist and the horrible unintended consequences.

It also makes George recall that time he got his hand stuck in a coconut some one drilled a hole in and on the end of a string. He still doesn’t know what was inside, but swears it was shiny and worth grabbing.

Second, he’s demanding a new logo. I’ve asked my wife to come up with one and I hope she comes thru with the ransom.

In other news, We’re also looking to add to the crew.  George is taking applications for a third crewmember for WA360.  We’ve got the boat and if you’ve got the time, let me know and we’ll talk.